Riccardo Manzotti is a philosopher, psychologist, and AI expert and the author of The Spread Mind: Why Consciousness and the World Are One.

Born in Parma, Italy, in 1969, Manzotti received his PhD from the University of Genova in 2001, and is currently full professor of theoretical philosophy at IULM University (Milan). He has been Fulbright Visiting Scholar at MIT (Boston).
Manzotti originally specialized in robotics and AI where he started to wonder how can matter have experience of the surrounding world. Eventually he has been a psychologist from 2004 to 2015 and then he has become a full time philosopher.

His current research focuses on the issue of consciousness and the structure of reality: What is the relationship between experience and the physical world? What is consciousness? Is there a separation between our experience of the world and the world? Does the present have a fixed time span? Can we design and build a conscious machine? What ethical questions do consciousness and technology raise in the 21st century?

In 2014, at MIT, Riccardo Manzotti presented the Spread Mind Theory (elsewhere dubbed the Mind-Object Identity Theory) that addresses the hard problem of consciousness in a completely radical and new way. Over the last few years, Manzotti has continued to develop and test this hypothesis interacting with the international scientific and philosophical community.

Published in 2018, Manzotti’s The Spread Mind has outlined a radical change in the way we conceive us and the world. Based on empirical evidence from physics and neuroscience, the book develops and verify the astonishing hypothesis that our conscious experience is indeed one and the same with the external world. The book revisits familiar notions about dreams, illusions, and hallucinations. The book has been translated in many languages such as Chinese, Italian, Turkish.

In 2019 Riccardo Manzotti returned together with the acclaimed novelist Tim Parks with Dialogues on Consciousness, an engaging and humorous dialogue about the nature of consciousness and our everyday life.

Prof. Manzotti lectures around the world on the topics explored in his books and articles, and has written for publications such as The New York Review of Books, Doppio Zero. He also offers his knowledge and time to various organizations and audiences on a voluntary basis. 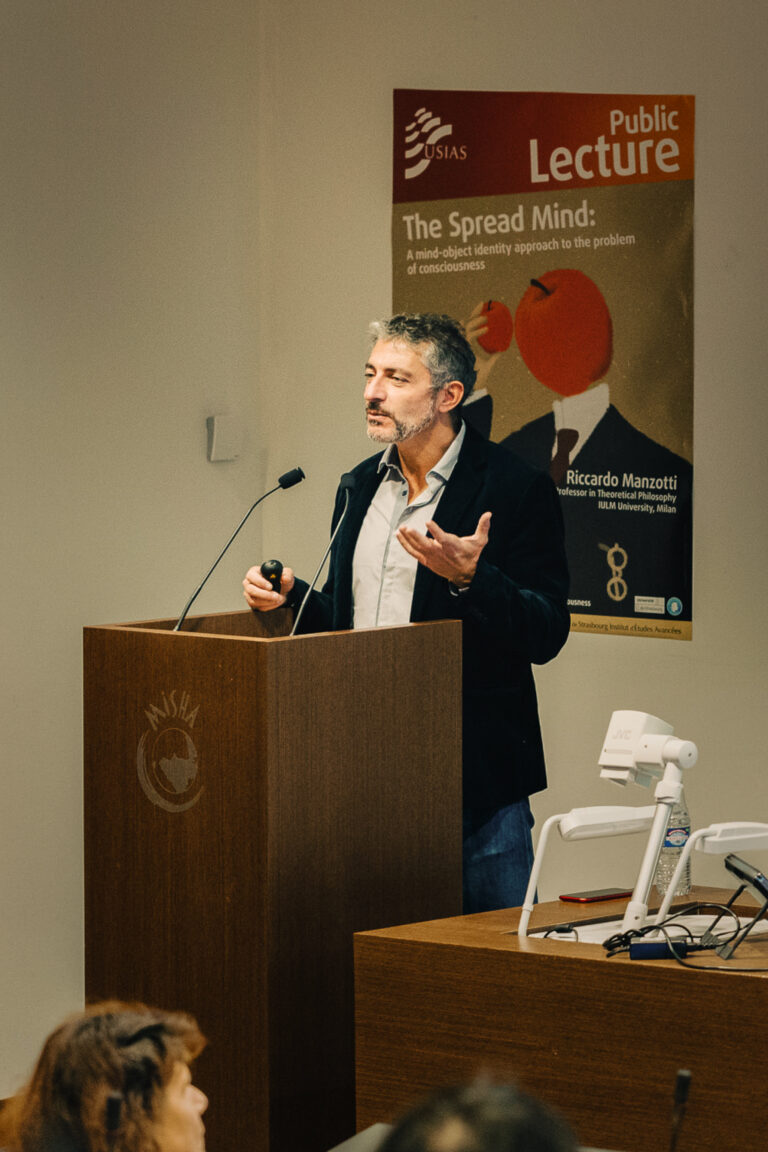