The solution is to consider a radically different hypothesis about what consciousness is. This hypothesis is the Mind-Object Identity. To cut a long story short, the hypothesis is simply that

The consciousness of any object is nothing but the object itself.

Based on such fact, when you have an experience, say, of a red apple, what is the thing that is closer to your experience of the apple? Clearly, it is not the brain, but it is the red apple itself.

So far, neuroscientists and philosophers of mind have dismissed such an hypothesis because it has run afoul their most entrenched beliefs (first and foremost, that we are a ghost inside the brain). However, we have no reason to believe that consciousness is physically located inside the brain.

In order to cope with the existing scientific evidence from neuroscience, the Spread Mind articulates in two key ideas:

Putting together the two above ideas, the Mind-Object Identity explains with no difficulties consciousness, memory, dreams, illusions, hallucinations, and many other puzzles that have so far been true mysteries for the traditional sciences.

In a nutshell, the spread mind is a mind-object identity theory that states that one’s consciousness of an object is the object one is conscious of. It is a theory that changes our place in nature. We are no longer a ghost inside a machine or inside a body. We are the world itself.

How to know more?

While the basic idea is super simple (“The consciousness of x is x”), there are many details that need to be uncovered.
As the great physiologist Hermann von Helmholtz once said, “the greatest part of a scientist work is to explain the ideas one had.

There are various ways to know more about this theory. The best is to subscribe to my blog and to check the many applications and new developments of my work.

Another way is to read my books or papers or comics or listen to my videos. In this website you can find plenty of freely available materials and many links to other sources.

Finally, you can peruse this website (www.thespreadmind.com) of mine, which I designed and published in 2014-15 when I started to develop this wonderful theory. 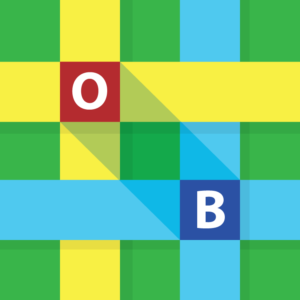